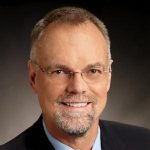 – Telomeres start shortening even before birth

– Senescent cells secrete factors that cause other cells to be unhealthy

– When we have more cells in senescence, we age

– Advances in Telomere lengthening may get rid of senescent cells completely

– Telomerase…is the enzyme that lengthens Telomeres

– Telomerase only turned on in reproductive cells, not in any other cells

– That does not mean Telomerase caused cancer

– Every cancer is caused by a mutation

– If cell got mutation due to other factors, then the immune cells which would have long Telomeres would be able to replicate and fight the cancer

– Most tests do not measure Telomeres correctly

– LifeLength for testing Telomeres is the best company

– Reduce damage to your body, get sick less, decrease rate of cell division

– Telomerase is only way to lengthen Telomeres

– 2 approaches on how to lengthen Telomeres

– Approach 1: Take a pill that blocks proteins from turning the Telomerase gene off

– Approach 2: Deliver Telomerase to your cells

– Telomerase is too large to deliver to a cells, but can deliver a gene that causes the Telomerase to turn on

– Gene therapy has some side effects

– Treating Alzheimer’s patients, hoping to save people and make them younger

– Hopes that we can reverse aging in less than 5 years

– Dr. Andrews is a vegan

Related Podcast
How To Create A Personalized Health Protocol

On this episode of Anti-Aging Hacks, I talk with a heavy metals Detox expert. We discuss the following topics: 1. Read more