How To Beat Anxiety, Depression and Insomnia With Electric Current To Your Brain

On this episode of Anti-Aging Hacks, Kelly Roman and Faraz Khan dive into the benefits of applying electric current to your brain for the purpose of reducing anxiety, depression and insomnia.

Kelly Roman is the cofounder & CEO of Fisher Wallace Laboratories. For the past decade, Kelly Roman has helped lead the fields of neuromodulation product development, regulatory affairs, healthcare marketing and clinical trial strategy.

Prior to co-founding Fisher Wallace, Kelly graduated from Harvard and served as an award-winning executive in the digital advertising and SaaS industries. He recently served on the boards of two charter high schools in New York City.

What Got Kelly Interested In Electrical Stimulation To The Brain?

What Are The Benefits Of Electrical Stimulation?

The Scientific Literature On Causes Of Anxiety & Depression?

Are Frontline Drugs For Treating Depression And Anxiety Effective For Long-Term Use?

How Do They Measure Levels Of Serotonin And Cortisol?

How Often Should People Use The Fisher Wallace Stimulator?

On this episode of the Anti-Aging Hacks podcast, we discuss Mitochondria. We talk about these topics: 1. Why Mitochondria are Read more 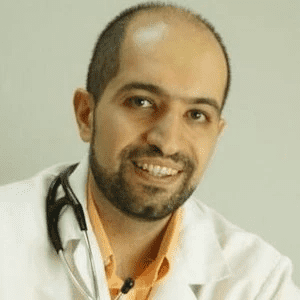 On this episode of Anti-Aging Hacks, Faraz Khan interviews Dr. Sajad Zalzala on the top longevity treatments and where to Read more